Almost unbelievable reports are reaching the TDMCC news desk that the Repsol Hondaah Blade was spotted at the Watton Motorcycle Day in a condition that can only be described as "Wet".  Whislt not as yet confirmed, the photo below would certainly seem to suggest that the story is true. We tried to contact the Repsol Power Ranger but were told he had not been seen since heading to the garage with a six pack of kitchen roll & a hair dryer. A Met Office spokesman did later confirm that there had indeed been rain in Watton today which could result in "wetness" but were keen to point out that it was nothing to do with them. 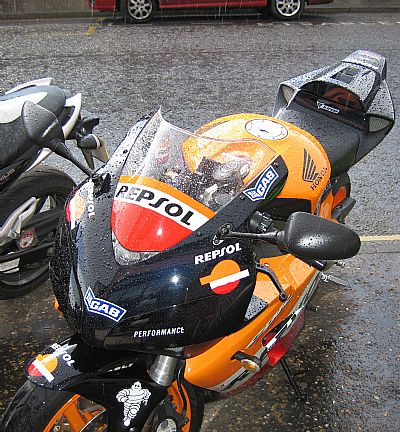